Whatever caused the north tower gash started here, a projectile of some kind struck the face of this column hard enough to pinch the aluminum cladding that covered the steel, popping out the bottom at the seam.  It was very thin, much thinner than the wing tip of a 767 and it wasn’t very dense, as evidenced by the fact that the steel behind it isn’t damaged. 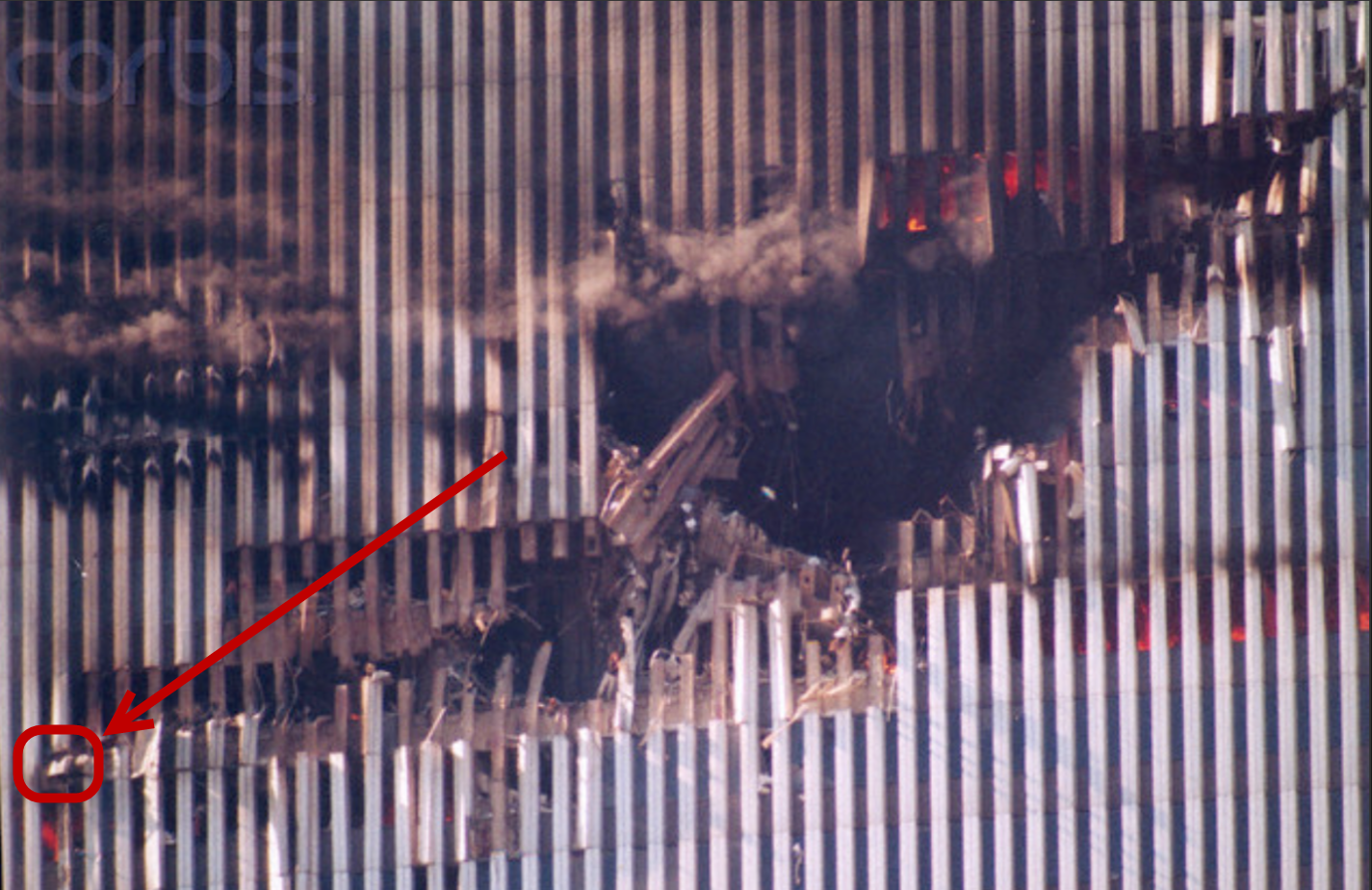 Considering the uniform construction between the left wing and the right, they should have left similarly-sized gashes – but that’s not the case. On the left there’s a little pinch but on the right there’s a much wider gash. So what could cause a pinch on one side but crush the cladding on the other? 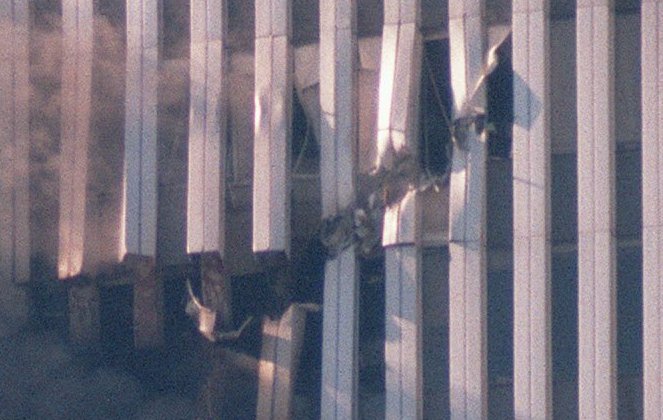 Compare again to the left: 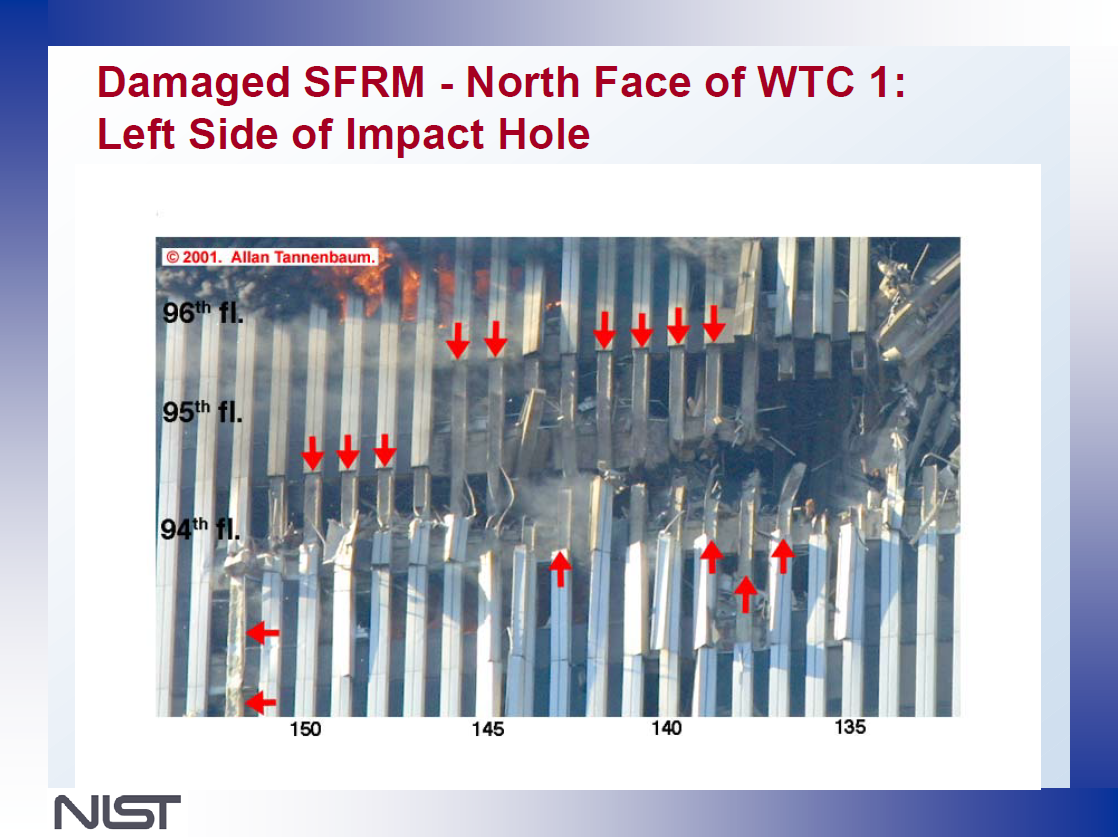 So we have a big difference between the sizes of the imprints left by the wing tips of the “jet,” and whatever it was that wasn’t dense enough to do more than pinch the cladding on the far left, but as it moved right it became MORE dense, as can be seen by the sliced cladding just to the right of it (columns 151 and 150).

Moving to the right the bends and twists to the columns become more pronounced. 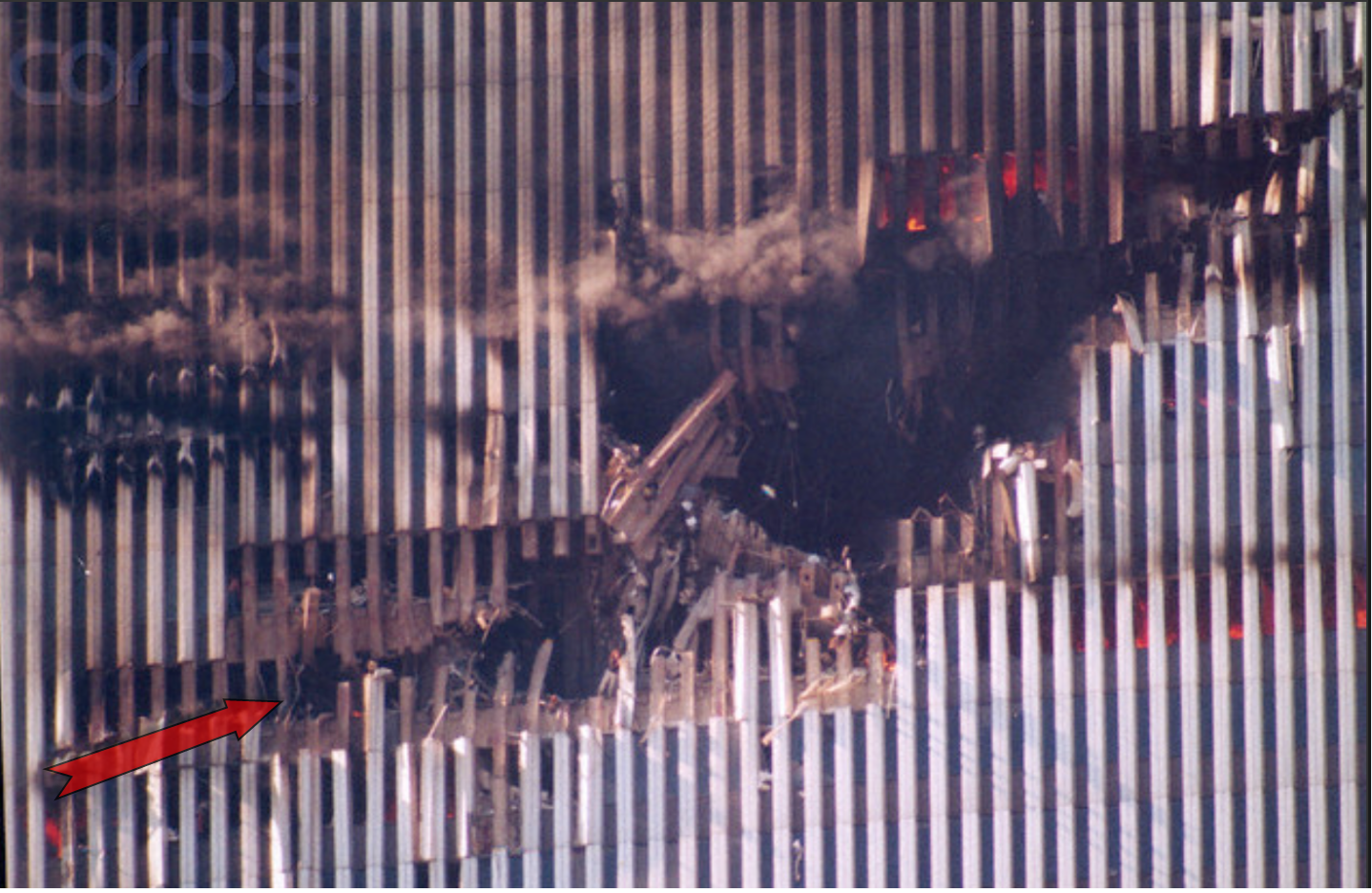 The official story is not even close to reality. 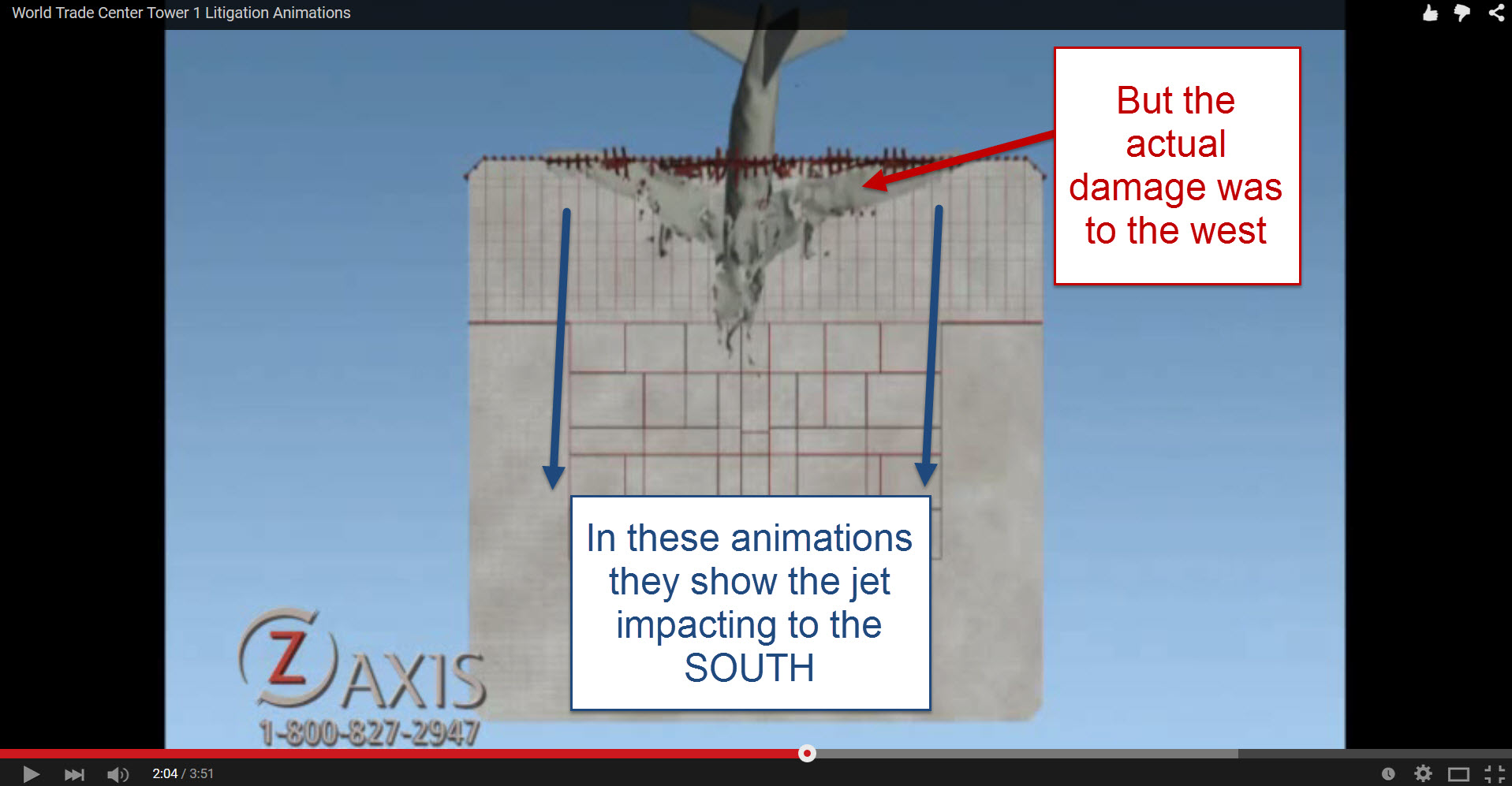 As the projectile penetrated deeper into the tower it began damaging the 1/2 inch thick steel columns, striking them on the left corner, opposite from where the jet’s wing should have struck: 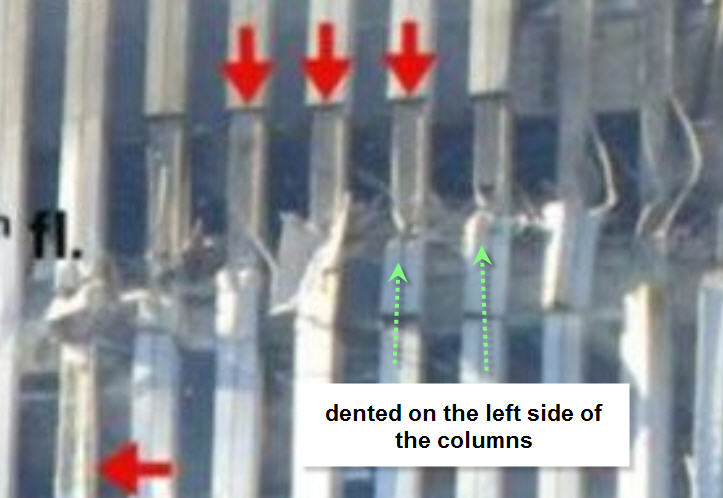 Moving to the right it penetrated deeply enough to bend this column sharply to the right: 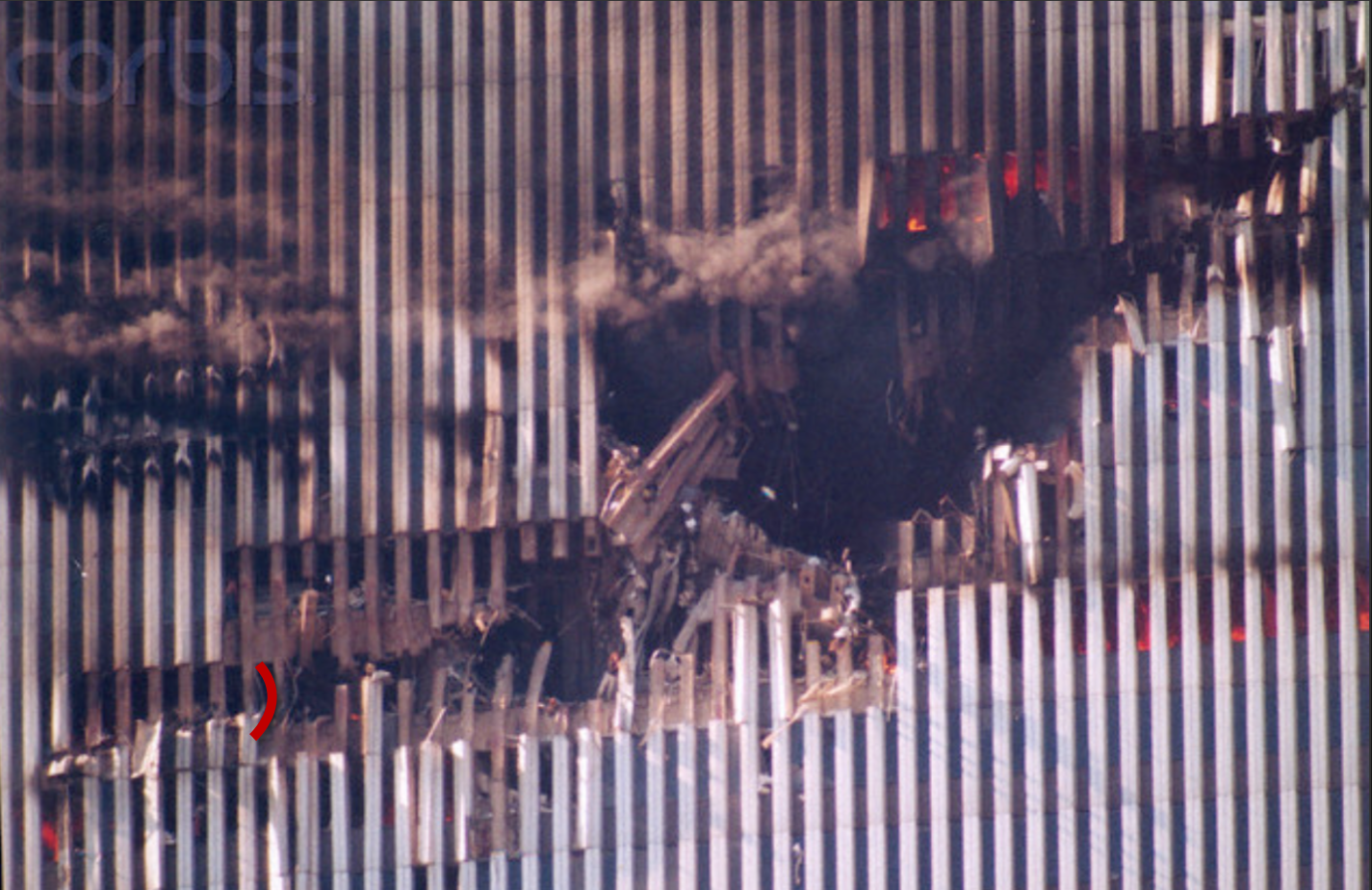 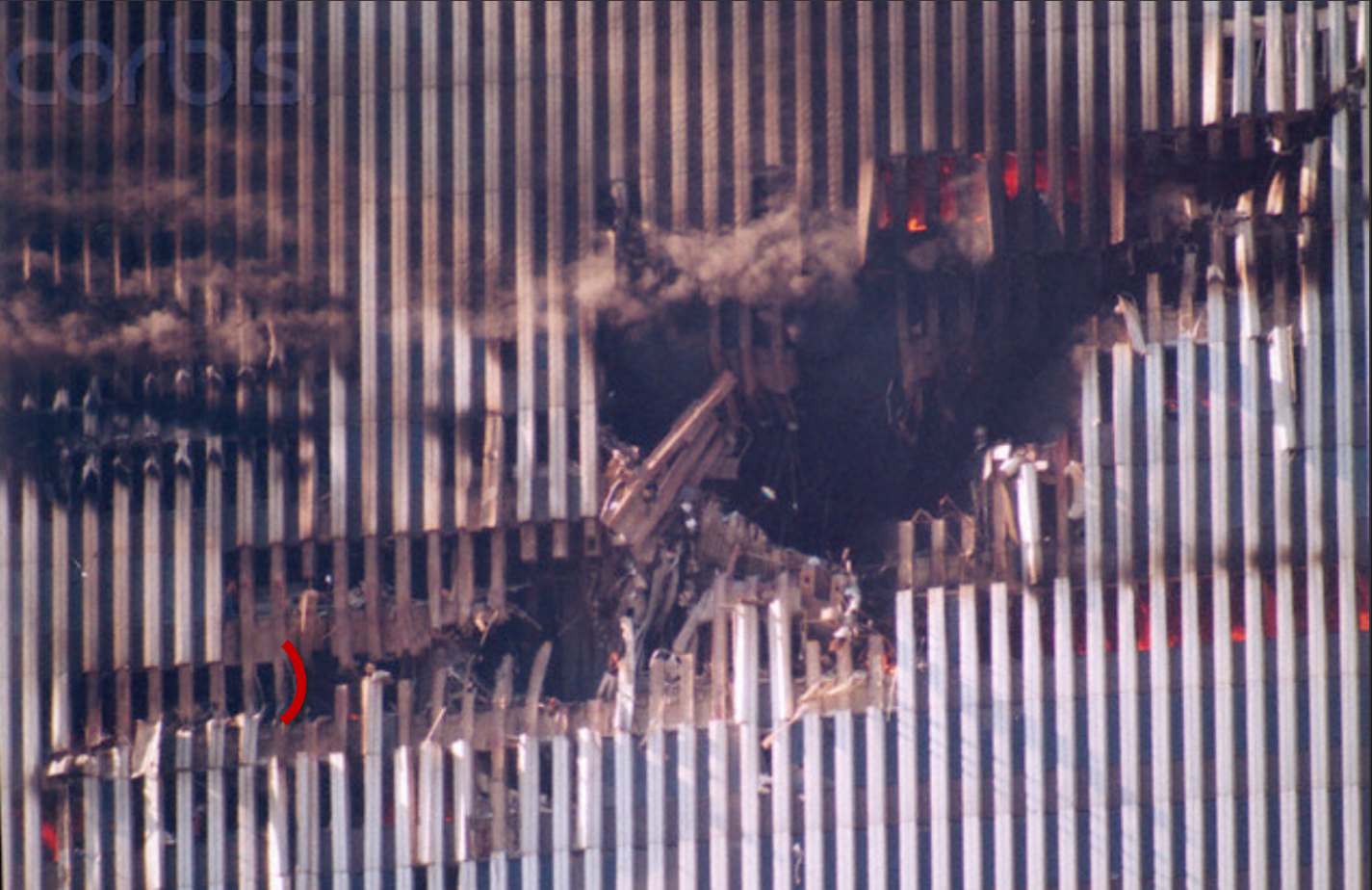 The next column was shattered: 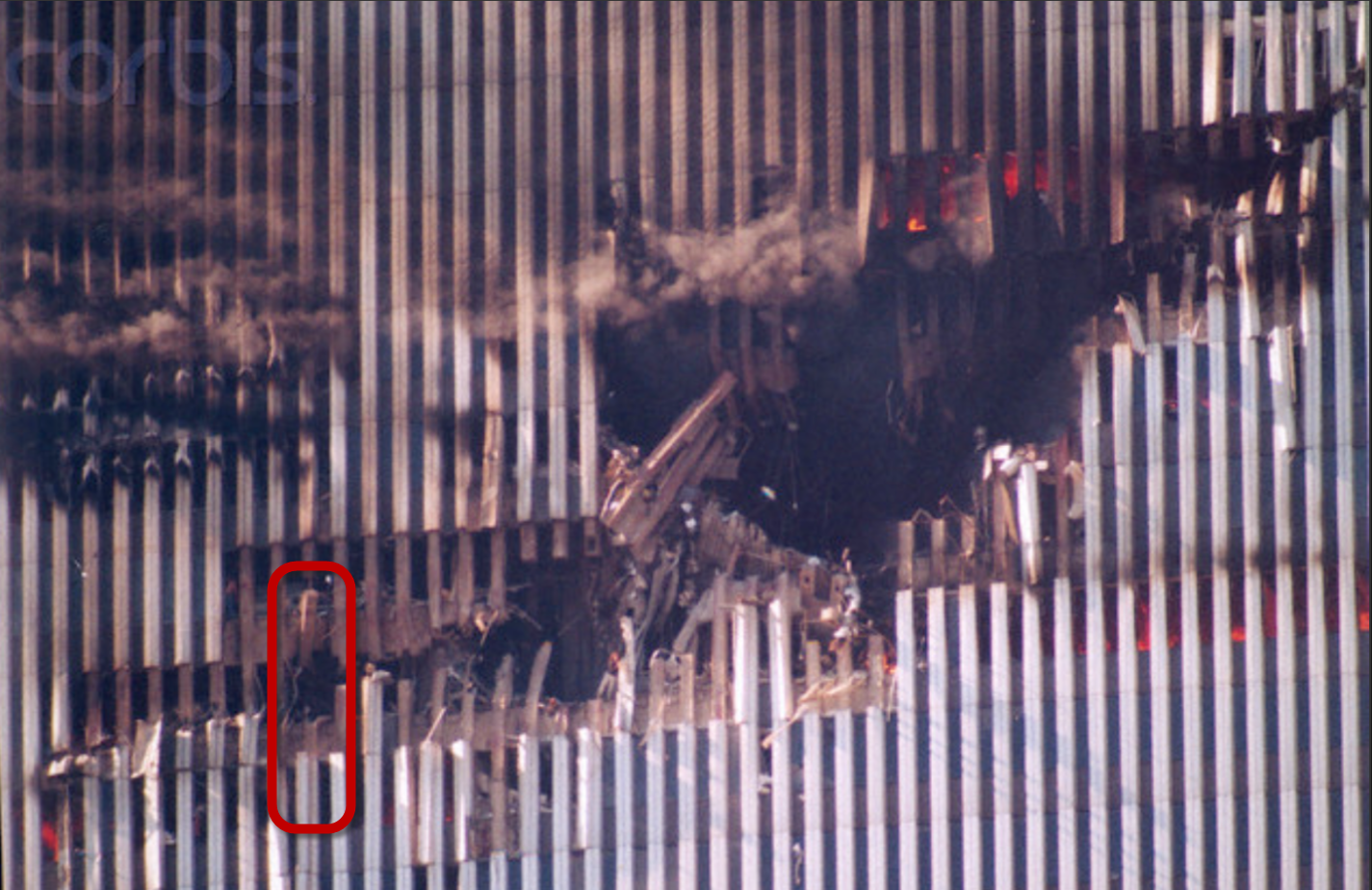 Something exploded on the face, causing an inward-blasting hole 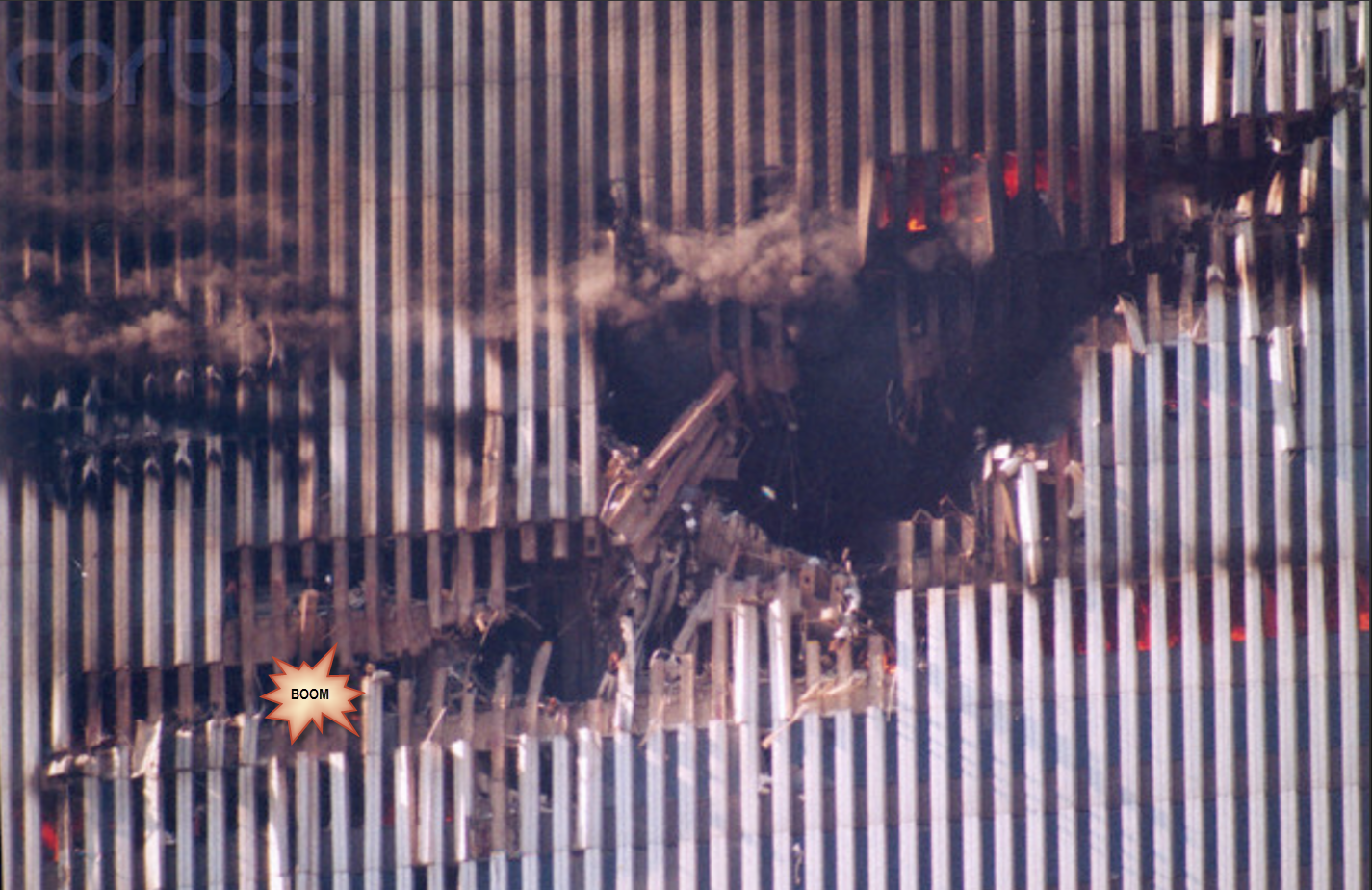 Causing the top of the column to protrude-out at the wall panel seam above: 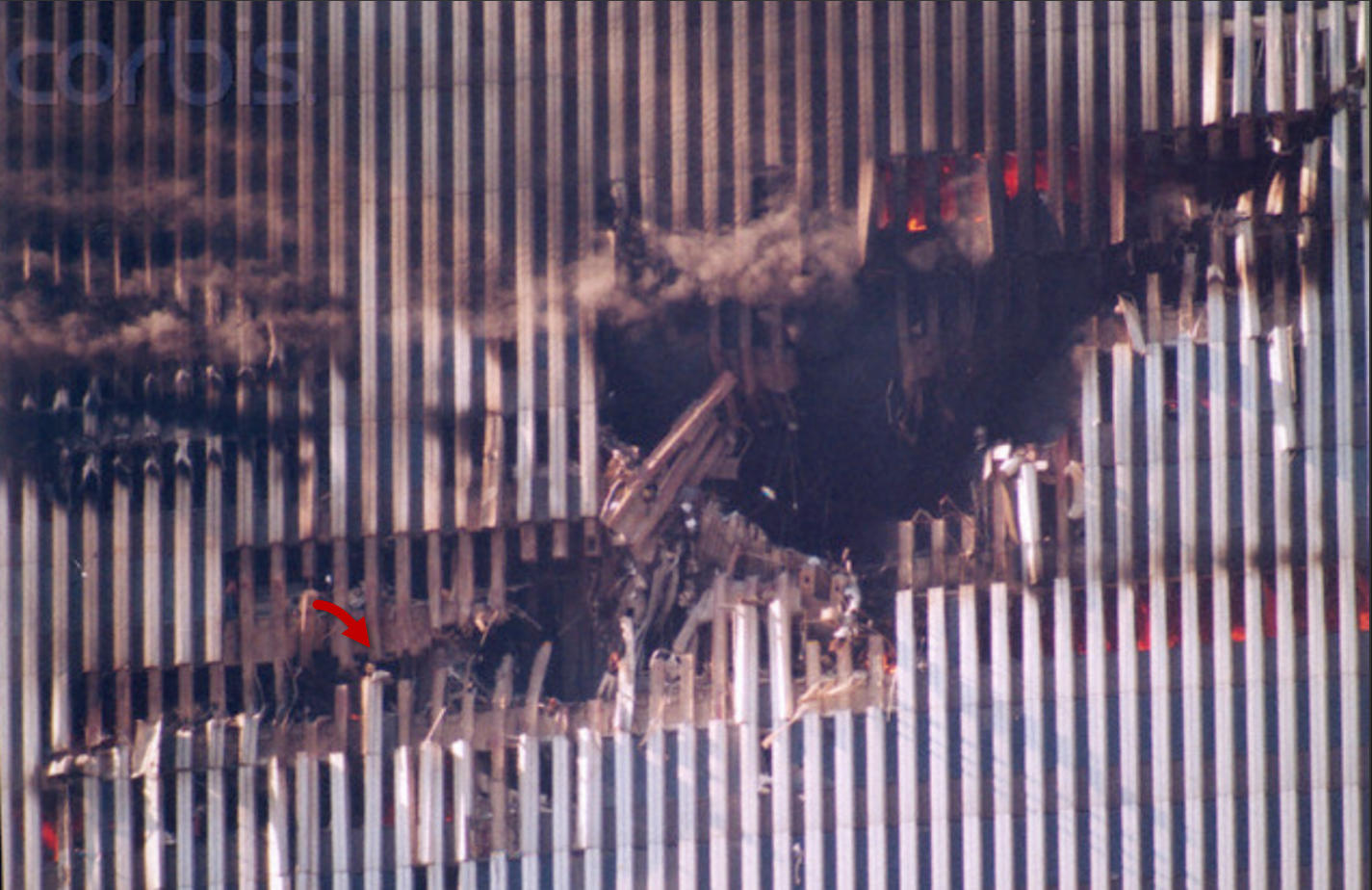 Evidence that the bolts were removed from this wall panel seam: 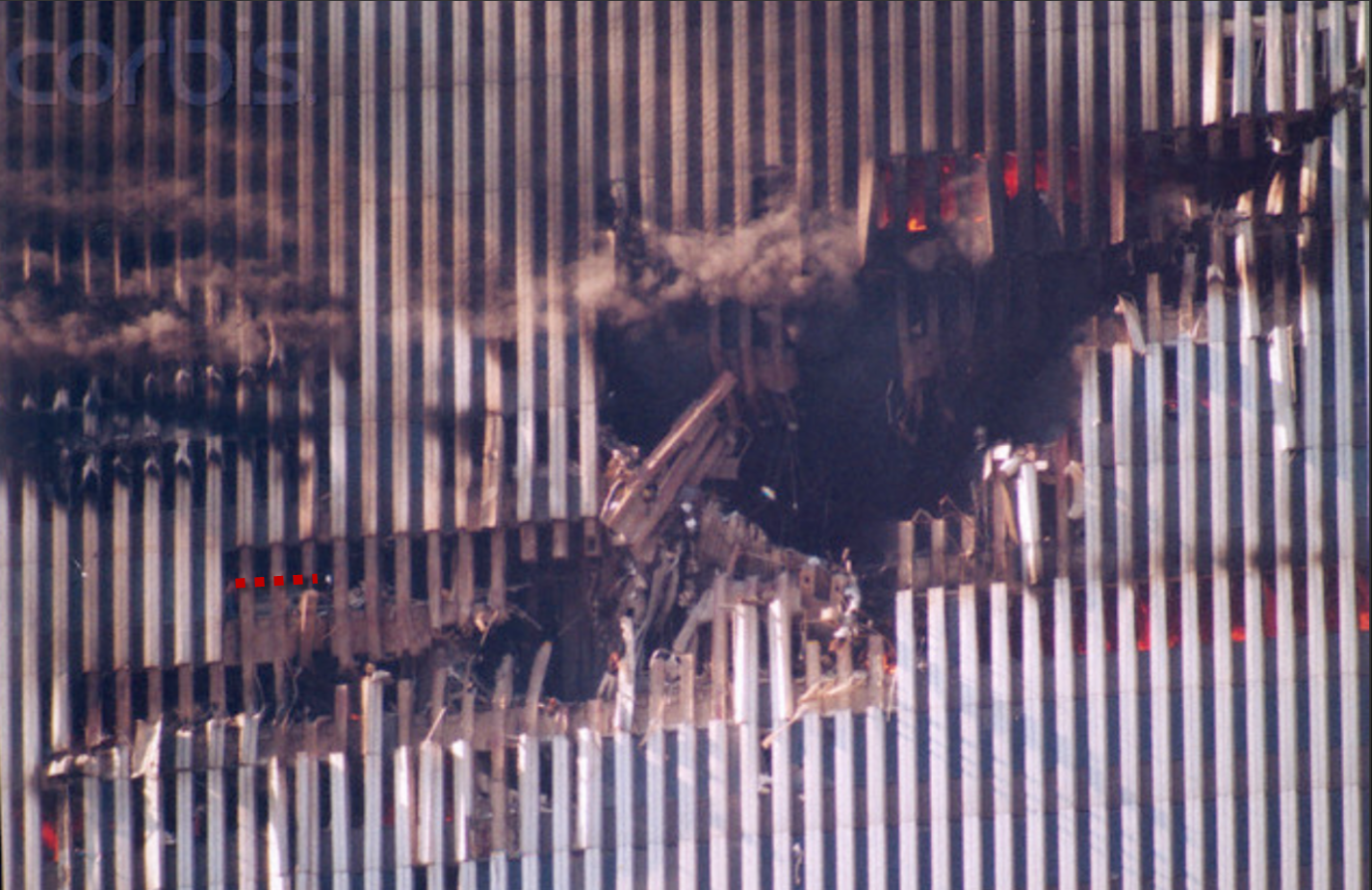 I pushed the right buttons to get Shack to agree to a debate. Facebook conversation below: Facebook