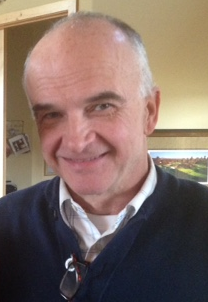 For a long time my involvement in the alleged movement required nothing more than reading the work of other researchers. By “work” I mean the websites, articles, forum conversations or movies produced by other folks attempting to reconcile their own 9/11 obsessions.  The effort of forming a hypothesis, gathering supporting information, and then publishing it for public consumption is called research, and anyone who does it, whether they’re a Harvard grad, or the Fry Guy at Burger World, is called a researcher.

Along the way I joined a “truth group” here, and a conspiracy forum there, and as the years passed I learned much about history, not to mention government, human nature, egos, propaganda, religion and physics, and of course, 9/11.  Eventually I formed my own opinions, and my own theories, and I learned that other people who have also joined a “truth group” here. or a conspiracy forum there, do so for different reasons.  Some may join because they like an argument, some join because they like a “real-life” conspiracy, and some aren’t even real people at all, but few join with an open mind; consequently few would recognize the truth even if it smacked them upside the head.  I fall into that last category, but the first step in making a change is to admit you have a problem, so I admit it and I mean it.  Try as I might, I don’t have an open mind, and I’m sure no one does.

Admitting I have a biased opinion regarding, well, everything, doesn’t automatically mean I can recognize when my new found open mind is partially closed; therefore I need other people to keep me honest, so consider this blog my call for assistance.

I have been a student of 911 on and off for more than a decade, and I am looking for other quasi-open-minded collaborators with whom to study.  I don’t care if you’re a firm believer in the official government story with planes, box-cutters and those Scary A-Rabs, or if you’re a “no-planer” like me, you will be welcome here.

Eventually I will write it all down, from start to finish, but in the meantime, I’ll post my research here.  To get a feel for my background, I am offering some of my earlier blog entries from a truth group here, or a forum there.  Please understand that I am a work in progress, as is my knowledge of 9/11, and my older posts do not necessarily represent where I stand today.  I am not well-known in the “truth movement”, and although I have rubbed digital shoulders with some well-known researchers, I don’t imagine anyone has ever heard of me.  Yet.

Are you still active in your pursuit for truth?

Yes. Can’t put that genie back in the bottle.

Saw a couple of your interviews on youtube last night. I think you have made some very insightful observations that I have never heard anyone bring up before. Thanks for pointing this stuff out and helping make a little more sense of it all.

Thanks – more to come (eventually.)

Steve, I am glad I got included recently by Fetzer on the email response concerning him being accused of having gone to the dark side by Griscom, or something like that, because it sort of rekindled my interest in some of this stuff. Interestingly, I had never heard of Griscom, although that isn’t saying much because I have not been following this stuff much for a few years due to being busy with other things. But I have heard of you, and I know I have at least talked with you once on a conference call some years back. So now I am delighted to have found this website or blog of yours so that is great. Feel free to contact me anytime. Sincerely, Mark

Hi Mark, thank you! I’ve heard of you too! Good luck with your latest endeavor.

Could do some non-computer structural calculations. Real basic algebra math that can easily be checked and reviewed.
Did many of them in school years ago. (Civil-Structural Tech. Associates degree)

Floor loads. Beam, Girder, and Column Analysis. I am amazed at how strong a skyscraper is. Spend years working on them as they were under construction.

We always said if a high rise falls, It will fall in one piece, because the connections are so strong. (Multiple 36-50K bolts per connection and sometimes also welded together.)

Remember seeing video of high rise building in Beirut being shot with missiles from attack jets and the buildings did not collapse or burn down. What I recall are hollowed out sections as a result but the high rises remained standing.

I have been working with a couple engineers who alas, have moved on to other projects. My next scheme is to try contract a local forensic engineering firm to do the math to verify whether or not a 900 lb missile warhead striking at an oblique angle of attack could have been responsible for the damage to the column highlighted in the below post:

Thanks for reaching out,

In case you missed it.

Dr Judy Miikovitz says some good stuff too she is mentioned in the link too.

Lots of other related goodies on the same site.

Regarding Greta. She is now an expert on CNN.

There we have it. I think the Max Planck Institute has authority of Greta’s high school, but I am no expert. However I also think that Greta should be allowed to go back to school and study as a normal student and taken out of the high politics equation.

If this Covid19 virus thing is exposed as being misrepresented in the press … I can imaging that other matters will be under the microscope afterwards, where supposed facts may be seen in a new light.

hi – ill make this short and to the point, i may have strong evidence to support your missile theory.. my evidence is a video which was given to me .. this is something you’ve never seen before anywhere .. interested, contact me asap!

oh Steve, i’m happy you have found a liking for something,anything and your becoming part of something and growing with it all while coming together as a person,i just wish you as a work in progress had a goal or clear motion towards knowing all of what really happened, you’re almost barking up the right tree, you’re incorrect over 50% probably over 90 but i’m working with you here, I was there on 9/11, I know of the fabrications but its not the actual events of destruction, its the culprits, indeed 2 airplanes hit the towers a few minutes apart and the events of those french brothers videos are real and nothing can be staged, Mike Lagangas video of course takes the cake and shows all you’d need to see, i’ll hope for you to reply but you gotta be less vague and more, far more accurate, you screwed the landing gear explanation up and that let me down tremendously as I was hoping to see you successfully show or proove something, you must tighten up the story Steve but you rock for your efforts and for keeping the topic of 9/11 alive which is much needed, ttyl

I make it very clear what the available evidence indicates happened here:
https://911crashtest.org/9-11-truth-what-could-have-cut-the-plane-shaped-hole/

More details of how the fraudulent videos were faked here:
https://911crashtest.org/pulling-the-wool-over-the-eyes-of-the-world/

The bottom line is 9/11 was a missile attack by the US military against targets within the USA, which was disguised as a terrorist attack by the Operation Mockingbird media.

There’s nothing vague about it. If you have any issue with my conclusions, please be specific.