Have you ever seen the movie of the bank heist where the criminals put a photo of the bank vault in front of the security camera to dupe the guards into thinking the vault is okay, while it’s being robbed?  The wily criminals simply hide their vault-cracking activities behind a photograph of a pristine vault.  It works every time (at least in Hollywood).  Shows like Hudson Hawk, Speed, and Mission Impossible, old and new, have used this camera-spoofing technique.  According to the TVTropes website:

There are two basic variants of the camera spoof:

“The Polaroid Punk — The heroes take an instant photograph from the camera’s perspective and then place it in front of the camera. This may or may not require blocking or removing the camera in the process, but even if it does, the security officer on duty will dismiss it as just a temporary glitch, because the image is back, showing no activity, before they can investigate. Whether or not (or exactly how long) this works depends on a number of factors, such as whether the security camera is capable of focusing that close to its own lens (otherwise the photo will be horribly blurred out) how well-illuminated the picture is (especially compared to the scene it’s imitating), and whether or not there’s any ambient movement (such as outside traffic or a flowing fountain) that normally should be in the scene — because the guard might catch on that the image is too still to be a live feed. There’s also the matter of lighting: The photograph may or may not be correctly illuminated to mimic the brightness of its surroundings, or the camera could wind up casting its own shadow on the photograph.

The Splice and Dice — The tech man on the team manages (by means of infiltrating and/or hacking) to capture some amount of live camera footage, then feeds the recorded footage to the security monitors in an endless loop. This avoids some of the problems posed by taking a still photograph, but if the footage contains any activity (as in the case of Speed) the guard may eventually notice that the same activity is looping over and over and catch on.” 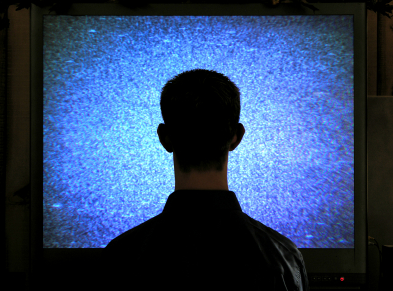 On 9/11, We the People were the security guards, and our T.V.s were the security monitors.  The criminals (media/military/industrial/congressional complex) “spliced and diced” recorded footage of a fake aircraft onto our security feed. They did so for the same reason they do so in the movies; to hide the actual crime in progress.

The late Gerard Holmgren referred to 9/11 as nothing more than a “con-trick” which we the people of all nations believed because we didn’t expect to be lied-to so blatantly.  He had 9/11 figured out a decade and a half ago.

“I’m assuming that a lot of you are already familiar with the evidence that no big plane hit the Pentagon on September 11th, and that there is no evidence of a plane crash anywhere in Pennsylvania.  So we already know that they faked two of the alleged four plane crashes, but to the casual observer you might be thinking, ‘well okay they faked two of the crashes, but the other two we saw on TV and we saw them happen live, so those two crashes must have happened.  But in fact it was a very simple but brilliantly constructed con-trick and I’m going to explain how that was an illusion together.  In order to explain that we need to sort-out the exact timeline of exactly what we did see on TV that day and what you may have constructed in your own mind about what you saw.

The first tower to be hit was the North Tower.  It’s very important to remember that no footage of this was shown live.  That when it happened most reports came in that there was an explosion of some kind at the North Tower. News cameras started to gather around the tower, and people were looking up at the burning tower and there was a lot of speculation as to what caused it, and if you look through the news archives from the time you’ll find a distinct lack of anybody saying it was a large plane.  Some people said it was only an explosion or a bomb, some people said it was a small plane, some people said it was a missile.

It was in fact only one witness who said it was a large plane and that witness just happened to be a vice president of CNN.  And, looking at his report from where he says that he saw it he couldn’t possibly have seen the incident.  Now after he made that report he was then contradicted by every other witness, everyone else that was interviewed said that it was either a small plane or a missile or an explosion.   But there wasn’t a lot of time to gather a lot of witnesses because there were only 18 minutes between the two strikes.  And so while we were still trying to work out what had happened in relation to the North Tower then we all saw what we thought was a big plane hitting the South Tower, and we saw that live, so that seemed to be very convincing and very real at the time. “

Before they can “splice and dice” looped footage, they must first capture the footage.  By not broadcasting the crash live it bought time to capture the footage of what actually cut the holes in the towers, to edit it out and then edit-in a plane.  This edited version was then released as “amateur” footage which depicts a mostly hollow aluminum jet sliding like butter into a steel skyscraper.

What we think of as “live” television is not live. There is always a broadcast delay of as many seconds as are required for someone to be able to react in time to cut to a commercial. In this way the networks prevent unwanted content from airing.

But that delay can also be used to add content they do want to air. All they needed to do was rehearse the handful of shots they were planning on broadcasting “live,“ and create a CGI animation of the plane to match each perspective.  Thus they had the jet animation-layer ready to go when they recorded the live-layer of the very real explosion. It would be a simple thing to overlay the prerecorded CGI plane onto the real explosion-layer, which would only take a matter of seconds; a task easily accomplished within a broadcast delay window.  The assumption that too many people would need to be involved is naive; this sort of fakery would only require the complicity of a few media moguls.  With the military, media, governments and academia of most of the world’s nations following suit, who among us wouldn’t believe this “Big Lie?”

The live shots were prerecorded animations of CGI planes layered over almost live television by virtue of the broadcast delay.  But to edit the close-up shots of the crash they needed much more time, so those 18 minutes between the first explosion in the North Tower, and the “live” videos of the explosion in the South Tower, were only intended to buy time for the propagandists to capture footage of what actually occurred.  I’ll call this the actual footage.  Once the actual footage was recorded they went to work to edit-out whatever really cut the hole in the tower and edit-in a plane; to be released later.

The purpose of the 18 minute gap between the first and second strikes was likely just to allow the photographers time to capture the footage they needed for their camera spoof loops.

After camera spoofing the “live” shots with a CGI plane passing behind the towers they spoofed the “amateur” shots of the crash in more or less the same manner.  With full control of the media it was no effort to “splice and dice” the actual footage to add all the other jet animations we’re familiar with (from Hezarkhani to Courchesne).

18 minutes was plenty of time for them to capture all the footage they required. None of this footage needed to be released any time soon. The media were already bombarding our senses with terrifying images of the “live” flight 175.  By the time the “amateur” editing of the actual footage was complete and they started to release it to the public, we were putty in their hands.  Most people believed they saw it all live.  But it isn’t so.

Just like in the movies where the criminals stick a photo of the safe they’re about to crack in front of the security camera, on 9/11 they did the same thing. But instead of a Polaroid it was looped footage they captured during that 18 minute gap.

How they spoofed the “live” shots of flight 175:

How they spoofed the “amateur” videos (not live):

Gerard Holmgren was right all along; 9/11 was a very simple con trick.

Hi Steve, how delightful this interview with Gerard’s brother was and how thorough. I never knew he was David’s brother! What a surprise. This is a kind of eulogy, you see.

Thank you for a very clear and detailed analysis of the 9/11 ‘Mother of all Heists’. Another Hollywood movie which uses the cloaking deception is:
The Score (2001 film) The Score is a 2001 American crime thriller film directed by Frank Oz, and starring Robert De Niro ; Edward Norton ; Angela Bassett ; Marlon Brando Directed by: Frank Oz.
Storyline: An aging thief hopes to retire and live off his ill-gotten wealth when a young kid convinces him into doing one last heist.

Why would all nations be involved in the 9/11 deception? The answer seems to point to Planet X. Like in the movie 2012 The elite are working together to survive it’s apocalyptic impact once it arrives. Please see the “Jeff P” YouTube channel dedicated to exposing the cloaking devices such as the sun simulator and lens array in our skies. The sun is white and looks artificial, with clouds cloaking by moving together from opposite directions. Clouds should not be moving together like the closing of curtains! Perhaps your article should be entitled “Pulling the clouds over our eyes”. We know that the elite are luciferian sun worshippers and that’s why they had a ‘eye of horus’ satanic ritual at the WTC. The Wizard of Oz movie is all about Sun worship too. It’s full of illuminati symbolism for those with eyes to see. Somewhere over the double rainbow in our sun simulator sky, dreams really can come true, if you enjoy being mad. I choose to remain sane, no matter how mad the world gets. Cognitive dissonance just ain’t my thing bro’. Thanks again for a brilliant article

I’m sure to the richest people in the world (unknown names almost certainly) national borders mean something different than they do to the slave classes; they’re all part of the ruse.