I pushed the right buttons to get Shack to agree to a debate. Facebook conversation below:

Hahahahaha!!! I can’t believe there are still people wailing, and screeching, and rending their garments in service to any of the long-debunked, intellectually-bankrupt conspiracy theories about 9/11.

Terrorists flew planes into the Towers and the Pentagon. A fourth plane was brought down in a field by courageous passengers before it could travel on to the White House. Those are facts. They are indisputable, they are proven, there is more evidence for those facts than you have for your actual existence.

Even the simplest of the conspiracy theories out there is still far more complex and ludicrous than the simple truth of what happened. But you don’t like that truth, you don’t want to believe it, you want to feel special for knowing “what really happened”, you want to feel superior to others, whatever, so it’s just impossible, disproven nonsense all day long.

Imagine the difference you could have made in the world if all of the time and effort you spent on this alt-history fanfiction had instead been spent helping the poor, the homeless, the hungry, the sick. How sad.

My only goal is historical accuracy. All of my conclusions are backed by verifiable facts.

I realize how much of a challenge to one’s worldview it is, but if you spent a little time verifying whether or not what you believe is true, you might be surprised what you find. If you’re so sure of yourself that you can’t bring yourself to do that, well, good luck to you.

How dare you try to sell your stupid brand of “intelligence” on my fascistbook platform controlled by alphabet soup intelligence agents such as the CIA?! You need explicit shill spook plant authorisation from us before you can go around advertising your brand of so-called “intelligence” on our honey-pot platform!! The next time you pull a stunt like that with your Shack-whack lover in shill paradise, you’ll know why they call me SUCKERburg! There’s only one sucker with the Mark of the beast, so move over all you wannabe intelligence freaks! I am your brain, no-one meets the grand architect of the universe unless via me! Steve and Shack up a tree, seeking Da’ak esoteric knowledge for Crash Test money, but they know nothing, NOTHING!!!!

I use your platform to keep tabs on what the brainwashed masses are falling for. I use Twitter for the same reason; to keep your friends close, but your enemies closer. I will also check the pulse of the NYT, WAPO, BBC, RT, etc. I can confirm my brand of 9/11 Truth is still roundly dismissed. Truthers and true believers still don’t want to know anything that might threaten their tender sensibilities.

I am a member of the British royal family and would like to do your Crash Test project in the metaverse. As you may have heard in the news, Harry and I are seeking to expand our appeal with the so-called “useless eaters” via Mark’s Facebook platform. We’re fed up with Netflix and Oprah and now what to be with team De’ak now that you and Mark Zuckerberg are good buddies. Please contact me at my American address and not via British royalty because it’s obvious that they hate us. We can turn the tide! There’s still time and I know all about the law of the sea because I’m a mermaid and I’ve married my Prince so what more could you want? Let’s do this! 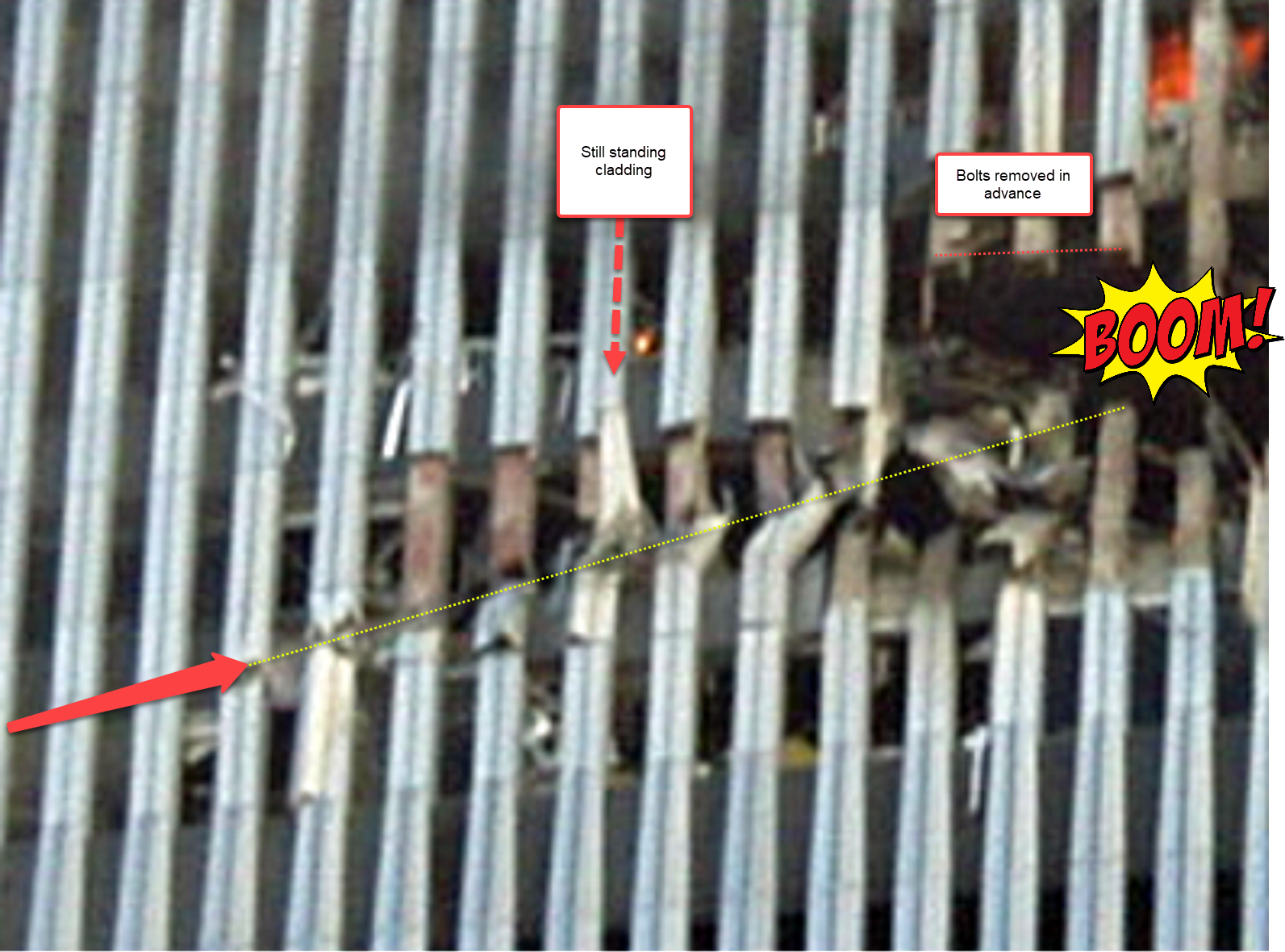 What cut the plane shaped holes in the Twin Towers on 9/11? Missiles, of course.

Newish video below. More details in this post. And this.