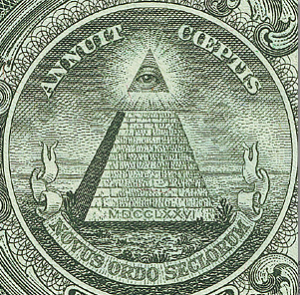 In the Post 911 Apocalyptic world, the process of informing the public of the truth is as discouraging as it is painfully slow.

These days TV’s are everywhere…in some cities it’s difficult to find a restaurant without several big TVs in your face, and many simply cover entire walls with them. They (dis)grace grocery store checkout lines, and even pumps in gas stations, not to mention our cars and our phones.

The people don’t seem to even notice the babbling, painted baby-doll or hunky idiots, or “sports events”, or modern gladiators beating and kicking themselves bloody and senseless; conversations occur over laptops and while texting and everyone is illuminated in pale white light. We are a nation of vidiots.

A few years ago, the Ostroy Report stated the obvious, that the US public is more passionate about its gadgets and games than it is about whether or not to wage illegal wars. I also notice that if you press this point you’ll piss people off. We want our entertainment dammit:

Because I didn’t buy what the TV and government were selling on 9/11/2001, I am an outcast. I know planes can’t do what they continue to say they did. Thanks to movies like “Avatar”, and the benefit of hindsight, I now know what is possible with a good Apple computer, and 911 paled in comparison.

The media are lying. The governments of the world are lying. What we saw was bad video and a gigantic lie. What we saw and in fact all we see is audacious propaganda designed to keep us voting for, instead of hunting for, our alleged leaders and their true masters.

While you’ve been “prepping”, or hanging your hat on Ron Paul to save America, or while you’ve been blogging furiously about the New World Order, or the Bliderbergers, or Muslims, or 911 or the Jews, the real point has been passing you by.

The new world order is already here; it never left, and today they have much better graphics. Back when Stanley Kubrick was directing the moon walk propaganda shows, they used a lot of cutting edge technology, but by today’s standards they’re pathetic.

Videos of nuclear explosions are comical when viewed with a critical mind behind a critical eye, so the media make sure you don’t attain either.

We accept past propaganda coups as fact, simply because we trust our media to tell us the truth. Why would they want you to have the truth when the truth would implicate them as tools of totalitarianism? Do you really think you’re special enough to deserve being given the truth without any further effort than that required to operate your remote control, or vote? On the contrary; you deserve to be lied to, and if you choose to believe the lies, you deserve the ignorance and slavery that are the inevitable results.

Right now they’re directing the attention of the world to watch democracy at work with the grassroots demonstrations on Wall Street, and then they’ll direct you towards another mind-numbing election year. Quick, look over here…more hope and change is on the horizon, but meanwhile we’re still bombing Libya and we’re still killing people in Iraq, Afghanistan and Pakistan while continuing to threaten Iran and torture in Cuba.

You do remember our President has a Nobel peace prize right? You do know what peace is, don’t you? Or do you?

“Peace is a state of harmony characterized by the lack of violent conflict. Commonly understood as the absence of hostility, peace also suggests the existence of healthy or newly healed interpersonal or international relationships, prosperity in matters of social or economic welfare, the establishment of equality, and a working political order that serves the true interests of all. In international relations, peacetime is not only the absence of war or conflict, but also the presence of cultural and economic understanding and unity.There is also a sense of tolerance in international relations for the realization of true peace.”
http://en.wikipedia.org/wiki/Peace

Peace is the lack of violence. Simple. So what the hell is wrong with us? Why are we still using million dollar drones to bring democracy to Pakistani funerals and wedding parties? Why do we have no empathy for our victims? The Nobel committee should add a new prize; an Empathy Prize, and give it to the USA, of course.

What is empathy you say?

“Empathy is the capacity to recognize and, to some extent, share feelings (such as sadness or happiness) that are being experienced by another sapient or semi-sapient being. Someone may need to have a certain amount of empathy before they are able to feel compassion. The English word was coined in 1909 by E.B. Titchener as an attempt to translate the German word “Einfühlungsvermögen”, a new phenomenon explored at the end of 19th century mainly by Theodor Lipps. It was later re-translated (Germanized) into the German language into “Empathie” and still in use there.[1]” http://en.wikipedia.org/wiki/Empathy

Don’t misunderstand me…I know you have empathy, at least I’m pretty sure most of you do. If you were reminded on a daily basis exactly what our troops were doing, if you were shown viscerally real images of dismembered and disemboweled corpses of babies, children, men and women, you’d not want to eat at night, much less sleep.

Some of you might complain to your TV stations, but others might complain to your governments, and this is the real reason the media work so hard to not let you see those images. They are not protecting your tender sensibilities, they are protecting themselves.
The media are the military, it’s that simple. The printed word, Radio, Television, and now Internet technologies are part of their arsenals, and their roles are to prevent you from seeing the truth. You are their meal tickets, it is your labor which pays for their labor, and they don’t want you to figure it out.

Listen to this interview and pay attention at around the 32 minute mark and the 38 minute mark where this young, independent journalist describes the integration of the allegedly disparate and competing news agencies:

If the media are integrated with the military as stated in the above video, why would they show you anything they didn’t want you to see? Why would they care if you had a digital TV in front of you every waking moment of your life? Can you think of any good reason why they would be so interested in your entertainment?

Could it be they know you are capable of empathy?

Were you to know the crimes being perpetrated in your names, you would take action to stop them, I know this, they know this and you know this. You also know the only way to stop it is to not contribute to the insanity in any way you can. I suspect it is because you know this that you continue to consume your distractions as if it were a second job; you are lying to yourselves.

The madness, the lies, the wars and the death must stop, but it starts with you. Our criminally insane leaders have been out of control for generations, and we have the media to thank for our not lifting a finger to stop it.

The media are the voices of world class criminals, it is imperative to understand this. War is not the normal state of being for humanity! Neither is slavery.

There is no such thing as an independent media, there never has been. Today’s wall-sized TVs and High-Definition smart phones all suit the purposes of your masters. Where religion doesn’t grab you, science might, where science falls short, “Ultimate Fighting” scores; while Cable TV can be summarized simply as advertising cut with pornography.

THIS is why there is to be a TV in every car, restaurant, grocery store and gas-pump in America. THIS is why digital TV is so important. THIS is why you’ve got baseball, football, hockey, soccer and basketball to compete with what little time you have left between work and family.

The distractions are critically important to keep you from reaching the logical conclusion; that our society is based on plunder and oppression and there would be no terrorism and no war if the militarized powers didn’t require them.

What are you going to do to stop it? Hint: Changing the channel or tuning into your iPod isn’t the answer.

Dear Caitlin Johnstone, I recently read your article entitled “Why I don’t talk more about 9/11”.  I quickly had to Google you because, being an independent 9/11 researcher for the last decade or so, I Read more…

As you may have guessed I have combined the 9/11 Crash Test site with Yankee451.com.